You may have encountered scenarios where your pet gets pregnant, delivers a litter and you are left wondering what to do with the litter. You might not have enough room or resources to cater for the extra pets and end up either asking your friends or family to take a pet. You might also end up taking the litter to a pet shop or shelter, which usually leads to overwhelmed shelters.

To avoid this, you can have your pet desexed, which can also be referred to as spaying for females and castration or neutering for males. Here's what you need to know about pet desexing:

You should know that for female pets, some vets may remove the entire uterus. However, this is an extensive surgery. Simply removing the ovaries is enough.

This depends on your opinion or view. It is usually argued that desexing prevents your pet's litter from being born and forced to live under stressful or uncomfortable conditions (if you lack the resources to make your pets comfortable). Most of your pet's litter may end up becoming street pets or stuck in a shelter.

Desexing Is Not Randomly Done

It is important to know that there is a recommended age to desex particular pets. This does not mean that it is impossible to desex your pet once it reaches a particular age; the suitable age bracket mainly accounts for the time your pet is old enough to get pregnant and when there are minimal risks. Such an age is usually when your pet is younger.

Therefore, as soon as you get your pet, contact a veterinarian who specifically specialises in the particular pet you own. Ask him or her about desexing and he or she will inform you of the best desexing age and list down various benefits and risks that might be involved. That way, you get a clear picture and understanding of what to expect.

Other Benefits of Desexing

In addition to the benefits mentioned above, pet desexing also carries other benefits for various pets. For example, you can find that some male dogs are desexed to help them grow bigger. A male ferret is neutered to reduce its musk smell (a kind of non-pleasant smell that male ferrets produce). A female ferret is spayed to prevent it from getting a life-threatening disease known as aplastic anaemia.

For more information about pet desexing, speak with a professional. 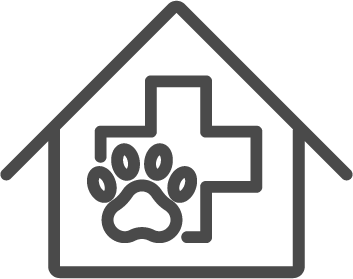 If you have ever wondered how a vet can help a sick animal, you are in the right place to discover the answer. I have spent the past couple of years studying professional vet clinics. I have also watched a lot of relevant YouTube videos as well as reading articles relating to animal health. Therefore, I have a good grasp of the steps a vet will take to treat a sick animal or pet. Read on to find out more about veterinary procedures such as neutering, infection control, and emergency surgery. Please check back soon to read our latest updates.

What to Expect After You Have Your Female Cat Desexed
26 January 2023
If your female cat is booked in for a desexing procedure, then they will spend a little time in your vet's clinic or hospital after their surgery. How …

Dog Care: Identifying And Treating Warts
26 September 2022
Just like humans, dogs can get warts on their bodies, so it's wise to check your dog&nbsp;regularly to ensure any warts are treated and to help preven …

Two Tips To Follow When Taking Your Cat to a New Vet
27 May 2022
If you've switched to a new vet and your cat is about to have his or her first appointment with them, here are some tips to follow.&nbsp; Give the vet …